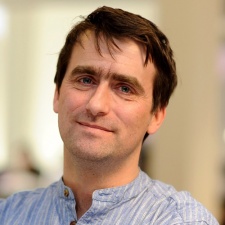 South Korean-based publisher Smilegate is looking to partner with mobile and PC developers in Europe to publish their games.

The company is best known for its FPS title CrossFire, which regularly makes $1 billion+ a year.

In an effort to expand its Western presence, it opened a new office in Berlin in December 2016 called Smilegate Games GmbH.

The team now has around 20 staff and is responsible for taking care of the EU version of CrossFire, developing the game on the European eSports scene and supporting the EU versions of any future titles from the company.

On the hunt for partners

As well as supporting the its own existing games in the West, the publisher is now actively looking to license and support titles developed by other studios in Europe.

Speaking to PocketGamer.biz, Smilegate Games Head of Studio for mobile in Berlin Bernd Beyreuther said while it’s too early to say what specific type of games the publisher is looking for, the team is keeping an open mind to all projects for mobile.

“We are rather new on the market and the studio in Berlin is also new, so we are very open to any kind of discussions,” said Beyreuther.

“Because it’s not only our mission to look for interesting titles that fit somehow in our portfolio, but also to introduce ourselves, that Smilegate now has a presence here in Berlin.

“At the moment there are no limits.”

Smilegate is willing to work with partners to publish their games both in the West and in Asia, where it has a strong foothold in both the PC and mobile markets thanks to the huge success of CrossFire on multiple platforms.

We are looking for interesting titles, we want to talk to developers about what they need.

The team is keen to start discussions with developers on what they expect from a publisher and what services would be useful to them.

But in general, Beyreuther said Smilegate can provide the full stack of services needed to release a mobile game, including financing, publishing, distribution and localisation, as well as open up Asia markets that may otherwise be difficult to enter, such as South Korea.

The exact nature of its services will be developed over the coming months, but for now Smilegate is keen to open up talk with studios and establish the company’s brand in the West.

“Our role is to build bridges from Asia to Europe and back. We are looking for interesting titles, we want to talk to developers about what they need and what kind of partnership they’re looking for, and our role here in Berlin is to then build a case for the Korean headquarters.”

While it is early days for the new studio, Beyreuther said the Berlin presence is part of a “long-term commitment” to establishing a foothold in the West.

“Smilegate has a good understanding that it is absolutely necessary to understand the regional markets, to not only have good localisation, but also know the cultural differences when bringing games to market,” he said.

“I think this was the main reason they opened this office here in Berlin and hired exclusively Western people. It’s part of our role here to be the gate and translator for the European market. I think this is just the first step, and I’m really looking forward to it.

“I’m also looking forward to making a lot of interesting developer contacts because this is, especially for me, super interesting at the moment as there are not many boundaries for us. We just want to introduce ourselves to developers and see what interesting projects are out there.”