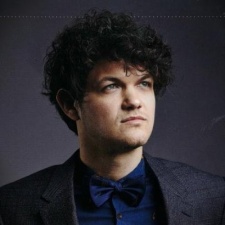 The landmarks of Dubrovnik are familiar to folk outside of Croatia as the backdrop to Game Of Thrones and Star Wars: The Force Awakens.

The picturesque walled city glows with history. But it's also the site of a forward-looking games and tech conference.

Reboot Develop is now in its fourth year, and 2017's event took place last week on the shores of the Adriatic.

The event covered a healthy range of topics – many focussed on indie developers – but some big themes were art and music in games. Indeed, eyes widened at the presence of comics legend David Gibbons and Nine Inch Nails' guitarist Robin Finck.

The conference began with a live orchestra and soprano Ana Jembrek performing music from the big and small screens. A rousing round of applause went up for the Game Of Thrones theme, of course.

But a packed schedule (there were six separate track rooms) also introduced topics such as a history of the Humble Bundle and a look at the future of Japanese gaming.

One of the first talks took place, gloriously, outside next to the Croatian hotel's pool. Sat in the open air, Daniel Gray of Ustwo answered questions about his team's strategy and plans.

Although sadly he remained tight-lipped about their next game, he was refreshingly open about the tactics employed so far. And he cited both the design pillars of platform holders like Apple, and the company's years of work-for-hire app creation, as influences.

An app for everybody

"How do we make a game that does not feel like a game?" he mulled. "It's part of the DNA of the design studio that we were before we made games.

"We didn't want health bars and stats that would turn people away! That thinking comes from our previous app experience. When you work making banking apps, there's no way it can be played wrong. It has to function as an app for everybody."

The team then set about ruthlessly thinking about what would look good on the App Store.

"If you make mobile games you're a slave to platforms," said Gray. "The biggest thing that makes a difference is whether you're featured by the App Store. The platform is the biggest contributor to your success – more than reviews."

So they set out to court the App Store editors. "If Apple were to make an internal first-party game, what would it look like?" he said.

"And that informed Monument Valley. It has to be approachable, short, sweet, useable by everybody, never compromising on design… Of course Apple are going to pick up on it!"

He continued: "That's what we try to do with everything. If we were to try and do a Switch game, we'd look at the Nintendo Switch and ask: 'How are we going to create an experience that would be great to use on the go and make you excited to put on the TV and then take away?'

"We wouldn't just presume to do something fun and then hope Nintendo would give us money! We'd think about it. That's why we continue to be featured."

So what is the studio's next game going to be?

"We're working on something now that will be available in the next few months," said Gray, claiming that he had hoped their next project would be revealed by now. "I feel like we're the band touring still doing our three-year-old stuff!" he said.

Gray added: "But then what do we do after that? It might be something on Switch… It might be PC… We'll pick game jam themes and see what comes out. But always we'll be thinking: 'How do we convince people who "don't like" games to play games?'"

And beyond that, he revealed Ustwo's ambitions to become a publisher.

"Next year, if we've done well and we have money in the bank, we'd like to consider publishing other people's games," he said.

"Games that have a similar sentiment to us. We can help them form their ideas into something that could work for Apple and so on."