Branded IPs are up, especially if you consider Clash Royale one 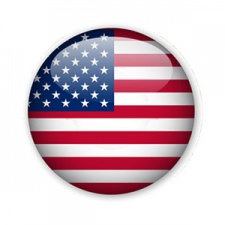 The top five grossing mobile games of 2016 generated 28% of the US mobile market's revenues in 2016.

That's according to a new joint report from Sega Networks and Sensor Tower, who collaborated on a US Mobile Market Report for 2016. It analysed 362 games that generated at least $250,000 in combined revenues on iOS and Android for one month in 2016.

While the top five companies generated a significant proportion of the mobile market's revenue, this is actually down from 40% in 2015.

Annual overall revenues from mobile companies increased 7% to $6.15 billion in 2016.

Clash Royale topped the grossing charts for games released in 2016 in the US, generating $277.1 million. Pokemon GO was close behind with $270.2 million. Revenues dropped sharply from there – the third top grossing game was Lords Mobile, which generated $18.1 million.

The disparity between revenues is such that Clash Royale and Pokemon GO alone generated 83% of the revenues of the top ten games launched in 2016. Pokemon GO also accounted for 37% of all downloads in the top ten.

Overall for games old and new, MZ was the top publisher for 2016, with Game of War and Mobile Strike generating a combined $917.5 million.

Supercell came second with $809.2 million, while King, Playtika and Niantic made up the rest of the top five publishers.

It should be noted that Clash Royale is considered a branded IP since it is based on Clash of Clans.