Promising $1 million in prizes throughout the first year 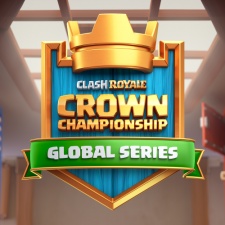 Supercell has kicked off the Spring Season in Clash Royale with the roll-out of its new year-long Crown Championship.

The tournament takes place on a global scale, with the aim of finding the greatest Clash Royale player in the world. Local tournments have already started in North America, Latin America, Europe, Japan, China and South Korea.

The Championship will run across three seasons, with the Spring Season running from May until July. The Fall Season will run from August, with the World Finals will be held in November 2017.

Each season will have its own regional tournaments, which any player can enter. Open tournaments will weed down players to the top 8,192 players in the region in eight brackets of 1,024, which will eventually be whittled down to eight, and then six for the Regional Finals.

As well as the opportunity to prove themselves as a Clash Royale player, Supercell is also promising $1 million in prizes throughout the championship's first year. How exactly these prizes will be dealt out is yet to be revealed.

The Crown Championship is a huge undertaking for Supercell and a big step-up from its previous tournaments. It most recently held its inaugural North American championship in December 2016 where the grand prize was $15,000 and a trip to Supercell's HQ.