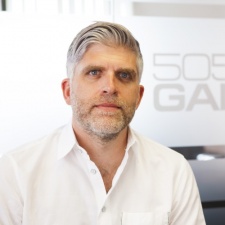 Ralley held his role at 2K for 11 years, overseeing the launch of numerous major franchises from the publisher. Prior to this, he worked at UK developer Codemasters for eight years, rising to the rank of Sales Director.

"505 Games are at a very exciting stage in their development as a global publisher. The team have come a long way in their 11-year history and I know that they are poised for even greater things," said Ralley.

"I am extremely excited to join the team to continue to build on the foundations they have laid and help take them to the next level."

505 Games most recently signed a deal with Chinese publisher Guangzhou Duoyi Network giving it exclusive rights to release PC and mobile game Portal Knights in the region. 505 Games will receive a 50% royalty and licensing fee in exchange.

505 Games taps up Ovosonico for a new and "ambitious" IP