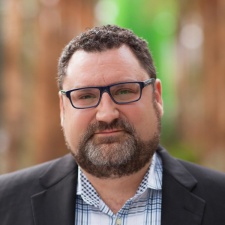 NBCUniversal's Universal Brand Development division is pushing further into mobile games with plans to start self-publishing games based on its IPs.

The division will use existing NBCUniversal brands such as Despicable Me, Fast & Furious and Jurassic World for its games. It will handle all distribution and marketing of its games, and work with external studios to develop them.

It will be headed up by former Disney Mobile Games SVP and GM Chris Heatherly, who joined NBCUniversal back in September 2016. He is joined by James Molinets and Timothy FitzRandolph, both of whom are previous Disney Mobile executives.

"We are making a significant investment in this space with the team I am building. This is not just a couple of titles. It's about a network of titles," said Heatherly in an interview with VentureBeat.

"Millennials spend their time with games. Brands like Overwatch have much more relevance for young audiences. I'm pleased to find that the leadership here gets that, and our film talent does too."

NBCUniversal has previously found success in licensing its IP to other developers. The Gameloft-developed Despicable Me: Minion Run surpassed 800 million downloads in January 2017, for example.