Alleges plan for device was secretly devised within its own office 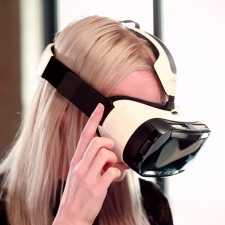 ZeniMax is suing Samsung over claims that Gear VR headsets use technology that infringes on its technology and trade secrets.

As reported by Polygon, the suit claims that Oculus CTO John Carmack stole confidential documents from ZeniMax during his time as its Technical Director.

The documents noted in the suit are said to have made it possible for Oculus to develop a mobile VR headset.

Carmack is also accused of allowing Matt Hooper, a former ZeniMax employee, back into its offices after hours, giving him access to confidential documents. ZeniMax said it only became aware that Hooper had entered its offices after reviewing security footage of the event.

Hooper is then said to have emailed his Oculus contacts describing the "attack plan" he and Carmack and formulated around mobile VR. ZeniMax claims this became the basis of the Samsung Gear VR, powered by Oculus technology.

ZeniMax is therefore seeking damages, profits from Gear VR sales, royalties, injunctive relief and punitive damages. It believes that without this "relief", Samsung will continue to profit unfairly from its technology.

The new lawsuit comes on the back of ZeniMax suing Oculus itself for $500 million for breaking an NDA and copyright infringement. Oculus has since filed a motion for a new trial, claiming that the damages sought are excessive.