Mobile apps that use rewarded ads of any kind can potentially drive a 4x increase in retention over apps which do not, according to Tapjoy.

The mobile marketing firm has released a new report called The Impact of Rewarded Ads on App Retention, which studies the behaviour of over 500 million app users across 10,000 apps in April 2016.

Glued to the screen

Rewarded video ads were by far the best performer for retention. Full-screen interstitials, for example, saw day-30 retention rates up to 58.11% if users engaged with them at least six times in their first week of using the app.

Reply
MobileMarketingWatch
Outstanding. Tapjoy, Airpush and only a select few others remain the standout mobile advertising platforms of this day and age. Happy to see this continuing trend of innovation!
Posted 3 years, 1 month ago 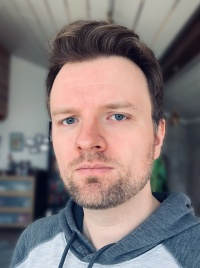 Reply
Mark Peterson Creative Director at Janeious ltd.
I haven't looked at the actual study (yet) but from the way it's written here the headline seems misleading at best.
Correlation != Causation.
Just because user who have watched rewarded ads have a higher retention rate does not mean that rewarded video ads will quadruple the 30day retention as the headline implies.
Posted 3 years, 2 months ago