All the Daydream bells and whistles without the phone 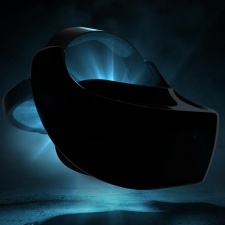 VR and mobile manufacturer HTC has revealed a new standalone version of its Vive VR headset which will run on Google's Daydream technology.

The headset is fully-functioning without the need for a smartphone or PC to power it. Details are thin on the ground, but Vive is promising that the device will be easy to use.

Since it runs on Google's technology, the new headset will also come with the Daydream remote to control games and apps. It will also presumably use the Daydream storefront for users to download apps from.

Vive did not reveal any specific information, such as the price, how much storage space it will house or an exact release date. The website does claim that the headset will launch later in 2017.

The headset reveal also notes that the Daydream platform is expanding to standalone headsets generally, and not just as part of a deal with HTC. This opens the field to other manufacturers, such as Lenovo, to create their own standalone headsets in the future.

Daydream support has been picking up pace in recent months. Unity added support for the platform to its development tools in April 2017, and Google recently acquired VR poster child Owlchemy Labs, presumably with the intention of releasing future games on its platform.