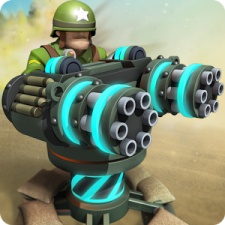 The game was originally released in October 2014 and is available on the App Store, Google Play and the Amazon Appstore.

The tower defence game tasks players with fighting off an alien invasion with towers, soldiers and heroes.

“All of us at Outplay Entertainment are very excited that Alien Creeps TD has reached this significant milestone of 20 million downloads,” said Outplay President Richard Hare.

“Since we launched the game in October 2014, the team has worked hard to add amazing new content and features to keep the game fresh and endlessly engaging for our incredibly passionate audience. A huge thanks to the loyal fan base that has made Alien Creeps TD such a huge success.”

Outplay’s follow-up to Alien Creeps TD, Castle Creeps TD, racked up two million downloads in its first five days when it was launched earlier this year.