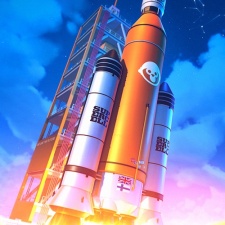 Finnish developer Supercell has swooped in to acquire a 62% stake in London studio Space Ape Games for $55.8 million.

A statement from the UK outfit’s CEO John Earner said the deal marks the beginning of a “long-range partnership with long-range outcomes”.

The deal gives Space Ape a total equity value of $90 million and marks Supercell's first acquisition outside of Finland.

“It’s important that you know we’re still in the exact same place as we were yesterday: doing well but not at our destination,” said Earner.

“But now we’ve got Supercell’s support to help us make and distribute massive hit games when and if we need that support.”

Founded in 2012, Space Ape has developed titles such as Samurai Siege, Rival Kingdoms and Transformers: Earth Wars. All the games have proven successful for the studio.

Recently the company had touted a change in strategy to move away from making just strategy games and branch out into other genres, where it has ambition to become the leader in those spaces.

“We started taking big risks (because we can afford to!),” said Earner.

“We’ve gotten innovative. We sift through our work and kill everything but the best stuff. Our teams keep getting smaller and our games keep getting better. Really good games have started to emerge. This phase is our little secret. No one has seen it in action yet… almost no one… except Supercell.”

It’s not the first acquisition by Supercell since the Finnish studio itself was acquired by Tencent for $8.6 billion.

Supercell has picked up a 51% stake in Helsinki developer Frogmind, and has also invested $2.9 million in augmented reality start-up Shipyard Games.