Raspberry Pi merges with CoderDojo to get more children coding

Aims to quadruple number of CoderDojo clubs around the world to 5,000 by the end of 2020 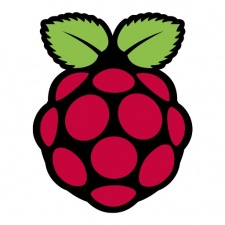 The Raspberry Pi Foundation has merged with the CoderDojo Foundation in an effort to get more children around the world coding.

Raspberry Pi is known for its cheap credit card-sized mini-computer, the idea of which is to make computing tech and programming accessible to as many kids as possible.

CoderDojo is a global network of coding clubs for children aged seven to 17. Its been around since July 2011 when James Whelton and Bill Liao set up the first club at the National Software Centre in Cork.

Following this merger, the ambition is to quadruple the number of CoderDojos around the world to 5,000 by the end of 2020.

The Raspberry Pi Foundation will become a corporate member of CoderDojo. Raspberry Pi CEO Philip Colligan will also join the CoderDojo’s charity’s board.

The merger is subject to approval by Irish regulators.

“The two organisations will work together to advance our shared goals, using our respective assets and capabilities to get many more adults and young people involved in the CoderDojo movement,” said Colligan.

“The Raspberry Pi Foundation will also provide practical, financial, and back-office support to the CoderDojo Foundation.”