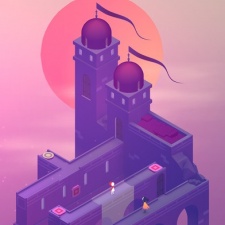 The sequel to ustwo's hit premium mobile game Monument Valley has been released on the App Store just after being revealed on stage during Apple's WWDC 2017 keynote.

The game tasks players with guiding a mother and her child through the game's mindbending levels, manipulating the stunning environments as they go.

The previous title focused on a single character, so the introduction of an extra character potentially opens up new gameplay mechanics and even more puzzling levels for players.

Much like its predecessor, Monument Valley 2 will be a premium title and is priced at $4.99.

It's currently only available on the App Store for devices running iOS 9 or later.

There is currently no news on an Android version of the title.