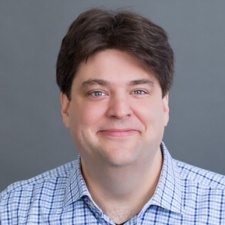 Aftershock was formed after the sale of the Kabam publishing label to Netmarble, which also included the Vancouver studio, IP such as Marvel: Contest of Champions and Transformers: Forged to Fight and teams at various offices.

Remaining assets were spun off into the new company, which has now been bought out.

The deal will see FoxNext pick up Aftershock’s studios in Los Angeles and San Francisco and a number of projects it already had in development, including a new massively multiplayer mobile strategy game based on Avatar.

Aftershock will be led by Aaron Loeb, who has now been appointed as President of Studios for FoxNext Games. He’ll report to FoxNext President Salil Mehta.

The deal mark’s FoxNext’s first acquisition since its formation in January.

“Aftershock brings a wealth of knowledge and expertise, and in Aaron Loeb and his team, a remarkably talented and passionate group of game developers that will immediately position FoxNext for success within the video gaming industry,” said Mehta.

“The studio has an exceptional pipeline of high-quality games in development, and we look forward to bringing a new level of entertainment to players around the world.”

FoxNext is a division of entertainment company Twentieth Century Fox, and consists of its own sub-divisions FoxNext Games, FoxNext Destinations and FoxNext VR Studio.

It aims to develop projects in the areas of  VR, AR, mobile, console games, PC games and location-based entertainment.