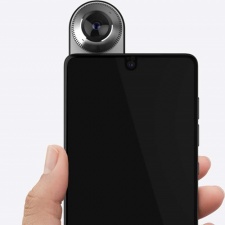 Andy Rubin's startup Essential has reportedly raised $300 million ahead of its debut smartphone launch, according to Mobile World Live.

Prior to setting up Essential, Rubin co-founded and operated Android until its acquisition by Google, where he then oversaw the mobile operating system's development until 2013.

He then co-founded startup incubator Playground Global in 2015, from which Essential was formed with the aim of developing a new smartphone.

Playground also contributed to a $30 million funding round for Essential in 2016, along with Redpoint Ventures, Tencent and others.

Rubin explained in a blog post that Android had contributed to "a weird new world where people are forced to fight with the very technology that was supposed to simplify their lives," and so he set up Essential with simplicity, openness and personal freedom as its core tenets.

The debut smartphone from the company, the PH-1, is available online only at a price of $699. It's constructed of titanium and ceramic, featuring an edge-to-edge display and an optional 360 camera add-on priced at $50.

This funding round gives Essential a value of $900 million to $1 billion, according to market analyst Equidate.