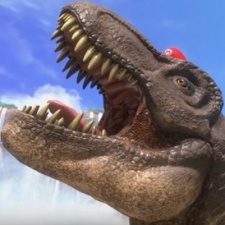 Nintendo has teased a raft of new games in development for the Switch utilising its most famous IP.

During Nintendo’s E3 video presentation, it was revealed that a “core RPG Pokemon title” is in the works for the hybrid console and tablet. The game wasn’t given a release date, and may not be released for over a year.

It comes after the latest core Pokemon games, Pokemon Ultra Sun and Ultra Moon, were announced for 3DS only.

It could suggest Nintendo will start winding down its support for 3DS next year, despite the fact the portable hardware is still generating decent software sales.

Nintendo has also teased Metroid Prime 4 for Nintendo Switch. It only showed a logo but the game is likely in development at Retro Studios, which developed the previous titles in the series, though this was not confirmed during the show.

Other upcoming titles include new Yoshi and Kirby games in 2018 and Fire Emblem Warriors set for autumn 2017.

As for upcoming third-party titles, Rocket League was confirmed for a Switch release, as was FIFA 18.
It was also revealed that Monolith Soft is developing Xenoblade Chronicles 2 for the system.

There was no word on Nintendo's plans for smartphone devices or the 3DS, though there may be further news to come out of Nintendo Treehouse.

Tencent is set to publish Switch version of Super Mario Bros. U Deluxe in China