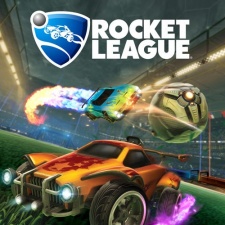 The club is designed to teach school children life skills such as team-building, strategy, leadership, and communication. It will do this using age-appropriate games such as driving-football game Rocket League.

Westminster's Maida Vale Library will be the location for the first event, to be held on June 20th. It will be free of charge and open to children aged between 10 and 13.

"By running an after-school kids eSports club as part of this library pilot scheme, we will help children, parents and teachers learn about eSports and the career paths it offers, and demonstrate how it can be a positive team-building exercise as part of a balanced lifestyle," said Dominic Sacco, Content Director at the British eSports Association.

"The findings from the pilot scheme will help us instruct other schools how to set up their own eSports clubs, and other libraries may be inspired to run their own sessions in the future too. We're delighted to be teaming up with Westminster Council for this initiative."

While Rocket League is the only game listed so far, there is plenty of scope for mobile games to be included in the program. Rocket League was also revealed to be coming to the Nintendo Switch at Nintendo's Spotlight presentation during E3.