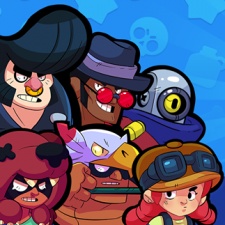 The title is a real-time 3v3 multiplayer shooter with four different game modes. These include:

The livestream featured four teams of three, including Supercell staff and influencers, battling it out in real-time.

Brawl Stars appears to be pitched as a potential eSport given its focus on competitive play and the way the reveal was presented.

Supercell brought in commentators during the livestream, much like for other eSports titles, and presented the matches in a tournament-like format.

At the start of the livestream, the Finnish studio noted that the game was still at pre-beta stage and that the game modes, gameplay and art may change before full release. The game has been soft-launched on the Canada App Store.

It’s Supercell’s first new game since Clash Royale was launched in March 2016. That game reportedly went on to generate more than $1 billion within a year.

That title is still slowly picking up as a mobile eSport. Along with Brawl Stars, it signals a renewed focus from Supercell on developing highly competitive real-time games that are also designed to be highly watchable.

Why (I hope) the experts are wrong about Brawl Stars