They're just so damned cute 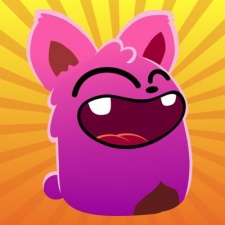 Shovelware Games has won the Big Indie Pitch in LA after charming the judges with its adorable creature-filled and hugging-based puzzle game Squeelings.

The Big Indie Pitch is a regular event run by the makers of PocketGamer.biz. It sees indie developers engage in a speed-dating-styled pitching competition for fame (oh, and a share of a promotional prize package). It’s a fun but hotly contested event that has proved a genuine game-changer for teams in the past. Every pitching team gets three minutes to state their case in front of a panel of press, publishers and industry pundits. The judges pick three winners and everybody gets valuable feedback. This latest one took place in LA during E3 week this month.

The winning title is about “spreading happiness”, in which players must ensure all the squeelings grouped together are happy by calculating optimal hugging strategies.

The unique title features graphics as charming as the gameplay, with more than 300 puzzles to boot. The developer cites cyberpunk game Darknet as an inspiration on the puzzle mechanic.

In second place was Muse Games’ Hamsterdam, which aims to bring the best of console brawling mechanics to the smartphone.

It stars a hamster who must use his martial arts skills to fight off a new gang that has invaded his hometown and kidnapped his grandfather.

A typical problem for hamsters, that.

In third was Aditya Valvi’s Sarasa, pitched as a relaxing game of particle golf that’s fun for all the family, where players must drawn their own path to the golf hole.

A big thanks to the event's sponsors Samsung and iDreamSky. You can read more about these games over at our sister site PocketGamer.co.uk and discover where the next Big Indie Pitch will take place in your area over at BigIndiePitch.com (hint: we're in San Francisco next week).