Either that or Rovio is going to IPO 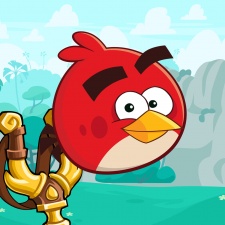 Tencent is pursuing an acquisition of Angry Birds developer Rovio to add to its portfolio of mobile games developers, according to a report.

It was also alleged that Rovio has received acquisition offers from a number of other companies, but no agreements have been made so far.

Should the developer decide not to take a deal, it is also reportedly considering an IPO at the end of 2017.

"We and our shareholders regularly assess different alternatives to further develop Rovio," a representative for Rovio told Reuters.

"A stock exchange listing at some point in the future could be possible in order to support the continued strong growth of Rovio and its strategic targets. However, Rovio and its owners have not made any decisions regarding a possible IPO."

Rovio's business is currently in good health, with the developer having almost doubled its revenues year-on-year in Q1 FY17. Its Angry Birds games continue to perform well, alongside its licensing and merchandising.

Tencent acquiring Rovio would mean that the Chinese tech giant would own two of the most recognisable mobile gaming brands in the world, as it also owns another Finnish developer: Clash of Clans creator Supercell.

It's not a deal we expected, however – our money was on a publisher like EA making a move for Rovio.