Nintendo's Reggie Fils-Aimé: Mobile introduces the consumer to our IP before they move on to the "full experience"

Reggie explains Nintendo's mobile philosophy, forgets that it hasn't released any games in China yet 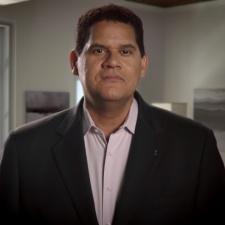 Nintendo of America's president and COO Reggie Fils-Aimé has stated that the company's mobile strategy is focused on introducing players to their IP before they move on to the "full experience".

In an interview with Glixel, Fils-Aimé said that the company had seen increased sales for its franchises that have seen mobile adaptations. This includes Niantic's Pokemon GO, as well as Nintendo and DeNA's joint efforts Super Mario Run and Fire Emblem Heroes.

"We see this dynamic of having a consumer be introduced to our IP in this way, and then they go buy the dedicated hardware to have the full experience," he said.

As well as driving sales of its console titles, Fils-Aimé also noted that its strategy helped give the company a global presence, adding "it's also about getting that adult in India who's never had access to a Nintendo platform but has heard about this thing called Super Mario, to get them engaged.

Ironically, China is one of the notable countries that has yet to receive any of Nintendo's mobile games. It was notably uncertain on launching Super Mario Run in the region back in November 2016, and has apparently still not released it months later.