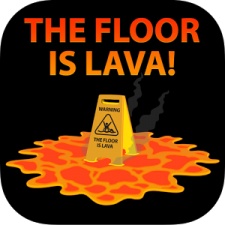 Stay off the floor

The fidget spinner craze is starting to lose its grip on the App Store as Ketchapp's aptly titled Fidget Spinner slips to third in the free iPhone games downloads chart - though it's still impressive that the game continues to rack up new players.

On top this week is a new game from Appnoxious called Floor is Lava Challenge, in which players need to tap left or right to jump on new platforms and avoid the lava on the floor.

It's pretty much as you were elsewhere on iPhone, with the only other new entry to the top ranking iPhone downloads being Reach Mob's 100 Balls.