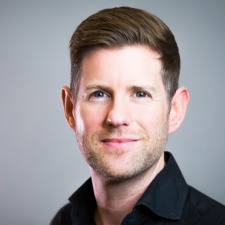 Sega has come in for some criticism since the launch of its Sega Forever initiative.

The project involves Sega making a selection of the retro favourites from its back catalogue freely available on mobile, supported by in-game advertising.

But some players have been disappointed by the technical performance of the mobile releases, with devices experiencing emulation issues.

"The launch itself has been really positive," he said. "If you look at the vast majority of feedback it's been strong, if you look at ratings on the app store from consumers there's definitely some very good sentiment as well."

Evans did, however, acknowledge that there are aspects that need work.

"Is there room for improvement like anything? Yeah there is. It's a very ambitious project, and it's taken a long time to get to this point. The beauty with what we have with mobile is that it's an ongoing programme.

"And we've got lots of things planned as we go through, and we're going to keep on working on that quality. For the vast majority of our fans it's solid, but the specialist guys who are looking for the absolute epitome of quality, we're going to keep improving for those guys."

In particular, Evans highlighted the Sega Forever version of Phantasy Star II as the game "where we need to have the most work."

He also pointed to device fragmentation as playing a part in the varied performance of the games across devices, admitting that "our soft launch wasn't as strong as it could have been maybe for some of the other apps" but maintaining that "it's just the start of things."