67% of all iPhones ever sold are still being used 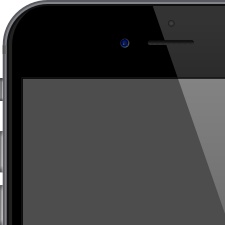 A Newzoo study has revealed that 67% (728 million) of all iPhones ever sold are still in use.

The market intelligence outfit began its comprehensive report to celebrate the ten year anniversary of the iPhone, the first model of which was released on June 29th 2007.

Other interesting statistics highlighted by the report include that as of April 2017, 25% of all smartphones globally were iPhones.

Apple is the number one smartphone brand in China, with almost one third of market share accounting for 31.3% of all iPhones in use the world over.

Also, of relevance to game developers is the statistic that 85% of iOS devices in use are running the latest version of the operating system, as compared to a mere 11% on Android.

This is why to this day, there remain issues with device fragmentation when developing for Android.

“The first iPhone will be remembered as one of the biggest innovations of all time," said Newzoo CEO Peter Warman. "According to GSMA, the mobile industry now contributes 4% of global GDP, or more than $3 trillion.

"[...] This year, the app economy will generate $57.6 billion in direct consumer revenues and mobile gaming will expand its lead as the biggest gaming segment in the world.

"It is a mobile-first world and without the iPhone, it would have taken a lot longer to get there."

Reply
Teut Weidemann
Well if you look closely Apple sold 67% of their iPhones in the last 2-3 years. So this is obvious they are still in use. The article suggest even very old are still in use which is not the case ;)
Posted 4 years, 11 months ago
Reply
pierre dumas
that's a funny one.
also Apple expects users to replace 3 years old iPhones (https://goo.gl/CplJ9p).
Posted 4 years, 11 months ago