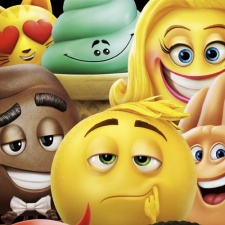 The game tasks players with managing traffic and building their own city. As part of the Sony Pictures deal, characters from the upcoming Emoji Movie will take over Boom Town for 10 days from July 21st, giving players a chance to win them.

The title is the latest in a series of Traffic Panic games by Neon Play, which is said to have attracted more than 20 million players.

The studio’s CEO Oli Christie said Traffic Panic Boom Town is the biggest game the company has launched to date.

“We are working with some fantastic global partners and we are really excited about working with Sony Pictures on the Emoji Movie event,” he said.

Neon Play was founded in 2010 and has released more than 30 games over the last seven years.

The studio was acquired by UK book publishing group Hachette in June 2016 for an undisclosed fee.

MGF 2013: Neon Play CEO Oli Christie on how to market a game without money

'I don't have an iPhone': Neon Play's Oli Christie on what not to say when going for a job in the mobile games industry