Over 40 speakers and panellists across the conference's two days 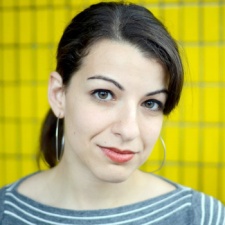 Games industry diversity organisation Women in Games has revealed Anita Sarkeesian and Brie Code as the keynote speakers for its upcoming European Women in Games Conference to be held in London on September 5th-6th 2017.

Sarkeesian is a feminist media critic best known for her YouTube series Feminist Frequency, while Code is CEO and creative director of True Luv Media, which is currently working on its first mobile game, #SelfLove. The conference will be the first time either woman has given a talk in the UK.

The conference will have over 40 speakers and panellists across the two days which will reflect the diverse talent in the games industry. It will also feature workshops, an HR Manager's Forum, and the European Women in Games Hall of Fame Awards.

"We welcome Anita and Brie to speak in the UK for the first time. At the forefront of commenting on the need for change, we look forward to hearing their thought provoking stories," said Marie-Claire Isaaman, CEO of Women in Games.

"Women in Games is committed to realising a gender balanced games industry and reimagining and enhancing the educational pipeline is crucial to achieving this."

The European Women in Games Conference will be held at the East London Arts and Music Academy on September 5th-6th. Tickets for the event are available on its Eventbrite page.