Round led by Velan Ventures 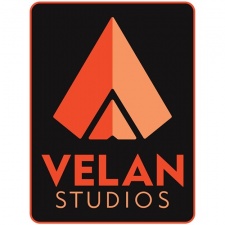 The funding round was led by Velan Ventures, an investment firm established by the owners of Velan Studios. As part of the round, Red Octane co-founder Charles Huang has joined the studios Board of Directors.

Velan Studios is currently working on AR, robotics, and other experimental and emerging technologies. It will also use the funding to develop new "play patterns" on existing hardware.

"In the first few months of our company's history we have recruited top development talent from around the United States and Europe. We plan to add more industry veterans and some of the brightest graduates from New York’s Digital Gaming Hub universities over the coming year," said Guha Bala, Founder and President.

"Troy, NY and the Capital Region is becoming a hot bed for new gaming startups. This investment capital will give us a boost in building world-class teams at our downtown Troy studio location."

The company was founded by Karthik and Guha Bala in November 2016, after the pair left their first company, the Activision-owned Vicarious Visions. At the time, they had debated working on mobile and VR games.