The Playsport Games Director discusses his love for spreadsheets 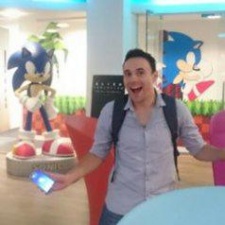 During an on-stage interview, West said these days the company has profit and loss sheets that help inform decisions on its games and the business as a whole.

This allowed him to play out various scenarios for the company, such as, for example, how working with a publisher might affect sales of its game.

He said those numbers from forward-planning, even if the forecasts aren’t completely correct, can give you a better idea of where the company is going ahead of time.

This is useful for estimating finances over the next 12 months, and decisions made within the company can be based on that timeline.

Playsport entered a publishing partnership with Sega in 2015 for Motorsport Manager, which West said fit nicely into the five-year plan the company had, as well as the all-important Football Manager connection which has a nice synergy with its own title Motorsport Manager.

In the app store world, what's the point of publishers?

A playground for creativity, but Indie Mavens unsure about Apple Watch's commercial potential