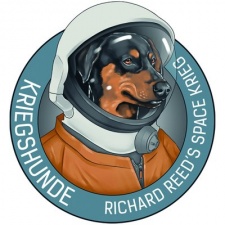 We Heart Dragons blew away the competition at the Big Indie Pitch at Develop:Brighton to take first place with their new space dogfighting MOBA Space Krieg.

The event gives indies three minutes to pitch their games to a panel of press, publishers and industry pundits. The judges then pick three winners and everybody gets valuable feedback. This latest one took place in sunny (read: stormy) Brighton.

We Heart Dragons’ entry Space Krieg was the winning game at this year’s Big Indie Pitch in Brighton. It’s a tactical space dogfighting MOBA in which two teams of five players duke it out to blast their opponents into space dust.

Happy Volcano’s narrative-driven exploration game came in second place at the Big Indie Pitch. The point and click adventure tells the story of a girl who finds herself in the second before she dies, with the dark story behind the game unfolding as players solve unique puzzles.

Sketchbook Games’ artsy, narrative-focused title rounded off the top three games. It has players live out the story of a young adventurer, as written by an aspiring writer called Izzy. Players will need to put their thinking caps on and move words to beat the game's ingenious puzzles and progress through the story.

Thanks to Amazon Appstore for sponsoring the event and helping to make the night a success.