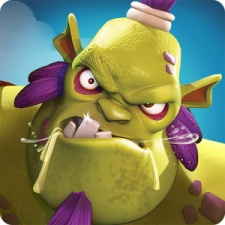 The game was launched on January 5th 2017 and quickly racked up over 1.5 million downloads within its first four days of release.

Outplay claimed Castle Creeps TD has reached the number one spot in the strategy games category in over 60 countries across app stores.

“Castle Creeps TD’s hitting this download milestone so quickly is testament to the incredible quality of the game and clearly demonstrates the ongoing global popularity of the tower defence genre,” said Outplay President Richard Hare.

The news comes shortly after Outplay released its earnings for 2016 which showed the company more than doubled its revenues to £15.5 million year-on-year.