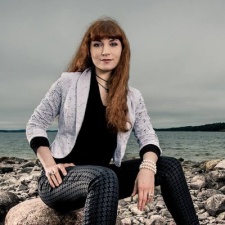 Trygg joined Snowfall in October 2016 as a Concept and Environment Artist, before being promoted to COO in April 2017. She is also a board member for Neogames and IGDA Finland, and Chairperson of the Turku Games Hub.

Elovaara will remain as a board member and special advisor to the management team, offering help in its continuing business of developing games based on the Moomin brand.

"I'm really pleased with our team, who gives the company their all every single day. As such it was only natural that my successor came from within the team," said Elovaara.

"Natasha has her own network and is a big profile within the gaming industry, which is a great opportunity for the company to rise to the next level. I wish Natasha all the best for the future!"

Snowfall raised €1 million back in October 2016 as part of its plans to publish Moomin games in Asia. It plans to launch its second game, Moomin Under Sail, by the end of 2017.

Playing it cool: How Snowfall is building a business on one external IP