13 weeks of working with Amazon and Techstars to integrate Alexa 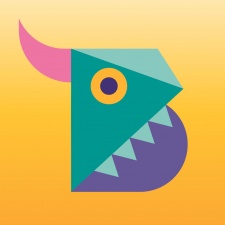 UK-based phygital development studio Sensible Object has been chosen as one of nine developers to take part in Amazon's Alexa Accelerator.

The accelerator takes place between July 17th and October 17th 2017 in Seattle. It will give the developers access to product leaders from Amazon and Techstars as they work to implement Amazon's Alexa technology within their game.

Sensible Object was the only UK developer to be chosen for the program. Other mobile studios include phygital developer Play Impossible and wearables manufacturer Tinitell.

"With the combination of the Alexa Accelerator, powered by Techstars and our latest funding round, we're positioned extremely well for incredible growth in 2017, 2018 and beyond," Sensible Object CEO Alex Fleetwood, as reported by Develop.

"We will be integrating Alexa to create novel twists on familiar play experiences, and our hybrid physical/digital model means we can rapidly turn that development effort into sales revenue. It's the next step in our vision to build the play platform for the connected home."

Sensible Object is a relatively small indie developer working on its first phygital game, Beasts of Balance. CEO Fleetwood gave a talk at PG Connects London 2017 earlier this year to discuss how the team develops the game on an indie budget.

Beasts of Balance dev Sensible Object raises $3.2 million to back voice-capable board games