Could also incorporate other titles in publisher's portfolio 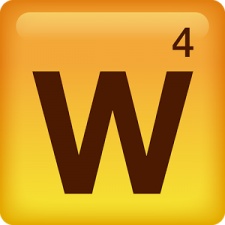 Mobile publisher Zynga has partnered with MGM Television to develop a new TV game show based on Words With Friends.

The show will also incorporate Zynga’s wider portfolio including its other ‘With Friends’ and puzzle games.

Words With Friends has been hugely popular since its launch in 2009. It’s been downloaded more than 200 million times, and an estimated 55 million matches are said to be ongoing at any given moment.

No further details on what form the game show will take were provided.

"The interactive social experience of Words With Friends makes it the perfect mobile game for us to bring to primetime, following our success with Beat Shazam on Fox," said MGM President of Unscripted Television Barry Poznick.

"Playing Words is a daily ritual for some of the biggest names in Hollywood and we've created the perfect format to capture their competitiveness and creative wordplay."

MGM Television has produced a number of competition shows including Beat Shazam, The Voice, Survivor and Shark Tank. It has also worked on other TV shows such as Fargo, The Handmaid’s Tale and Vikings.

News of a partnership between MGM and Zynga comes shortly after CBS debuted a new show based on King’s hugely popular Candy Crush games. The debut episode of the game show brought in 4.1 million viewers.