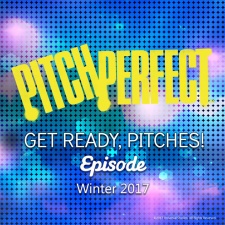 Pocket Gems has partnered with Universal Studios to create a new story in its flagship narrative-led game Episode based on the movie studio's major film franchise Pitch Perfect ahead of the third film's release.

As reported by VentureBeat, the original story will be called Pitch Perfect: In Deep Treble, and will use characters from the film series. It will likely follow the platform's typical pricing model of being free to play, with ads and IAPs to unlock themed clothes.

As well as launching the story, Universal Studios is running a competition for Episode community writers to submit their own comedic stories. The writers of the two best stories will win an all-expenses paid trip to Universal Studios Hollywood, as well as a workshop with Episode staff writers and a cameo appearance in the Pitch Perfect story.

Episode has already seen a number of licensed stories on its platform, including Mean Girls and a story featuring pop star Demi Lovato. Its most recent partnership brought TV show Pretty Little Liars to the platform.

Its licensing strategy has paid off – its Demi Lovato stories alone have generated $13 million in revenue, and the game's success helped Pocket Gems secure $90 million in funding from Tencent earlier in 2017.