Has two new mobile games in the works

Hamburg-based Goodgame Studios has returned to profitability following corporate restructuring which led to around 600 jobs being cut.

The company is now expecting to see a positive operating result in its 2017 financial year. It also has plans to release two new mobile games in early 2018.

As part of the restructuring, Goodgame has focused in on its two biggest titles, Goodgame Empire and Big Farm. The two games were said to have been neglected while the studio went off to develop new titles in different genres.

"The restructuring was definitely one of the toughest periods of the company's history. Nearly everybody in the company had to say goodbye to talented colleagues who will be missed and to whom we thank for their dedication and service," said Christian Wawrzinek, CSO of Goodgame Studios.

"As painful as it's been to undergo this process, there is no doubt that we were doing what we believe necessary to ensure long-term growth and financial stability."

Reply
Trikar Cver
i'm a french player of goodgame empire and gge is killing his own game... All the updates thoses last years are focus on reducting the possibilitys off non buyer player for force them to spend money,
the game is full of multi account and thousans of players are leaving the game because off that
ggs changed some basicals mechaniques of the game and now it's boring to play gge
i stay on that game only because i've make some good friends and i hope that it's going to be better in the future, even if gge is totally blinded by the money and d'ont care about the game or the players...
i strongly recommend the people who want to try gge.... just don't, since i play the cost of prenium bulding increase 2 or 3 times, object for equipement can cost over 2000 €, rules are changing at every update and not in good... there is no more strategy... and if you have money you will rules, if you don't gge make you understand you're not welcome annymore. i play that game since 5 years now, at the beginning i put something like 20€ per months but since one year i force myself to play for free and i regret every cents i put in that game
Posted 3 years, 6 months ago

Reply
Ignacio Cobos Senior BI Solutions Manager / Data Architect at Xing
Well, apparently this makes clear that the GGS crisis was those 600 dismissed employees' fault. Now that the company got rid of all of them, the (same) management can really rock. :)
Posted 3 years, 8 months ago 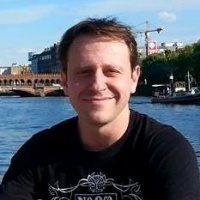