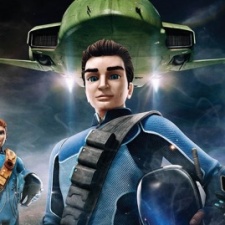 The title is set to be released on Android and iOS in early 2018.

Thunderbirds Are Go has been aired in over 40 markets across all continents. The global licensing programme for the show has over 85 licencees across various categories, including games.

A previous mobile game based on the series by Play With Games, called Parker’s Driving Challenge, was downloaded more than two million times in its first few weeks.

“Kuato Studios are delighted to be working with ITV on this exciting new adaption of Thunderbirds Are Go,” said Kuato MD Mark Horneff.

“With its beloved characters, thrilling adventure and quality storytelling, Thunderbirds Are Go is a truly iconic show, and a perfect addition to our Tales Maker series.”

Kuato Studios is an education-focused games developer that has previously worked on titles such as Dino Tales, Safari Tales and Code Warriors.

How Kuato Studios is teaching kids through mobile games