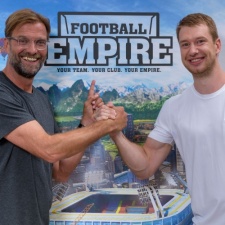 Klopp will be acting both as an ambassador for the game to give it a profile boost, and also will offer his expertise to the team throughout its development.

Football Empire is a football management game which is promising to offer a mix of typical management sim and base-building/strategy. It is due to launch in early 2018.

"I loved the idea of the game right from the beginning. I know what it means to start out on the football ground and work your way up to the top of professional soccer," said Klopp.

"That’s pretty much my own story. I'd like to help players be able to experience that up close in the game."

Klopp isn’t the only German footballing star to have worked with a mobile game in the last year or so. World Cup-winning footballer Bastian Schweinsteiger appeared in an ad for Elex Wireless' Clash of Kings back in May 2016.

Discord's new branding is friendlier than ever