Breakout Ninja is the breakout success 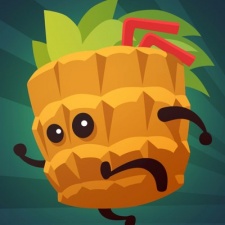 Part Time Monkey's games include Breakout Ninja, Monkeyrama, Space Frontier, and Space Bang. It is set to launch its next game, Silly Walks, on August 10th.

Breakout Ninja has been the studio's biggest success so far. It scored over 500,000 downloads in its first week of release, and generated $24,100 in this time largely from its ads.

Part Time Monkey is Boomlagoon co-founder Tuomas Erikoinen's indie development studio. He left the studio in 2015 to begin working on his own small indie releases.

Erikoinen began looking for a second member of the team back in February 2017, but doesn't appear to have found anyone right for the role just yet.

Part Time Monkey will be speaking at PG Connects Helsinki 2017, so be sure to get your tickets to hear what Erikoinen and many other great speakers have to say about the mobile games industry.