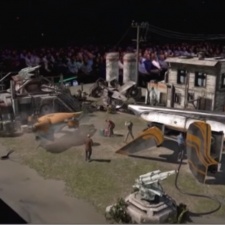 An early experimental version of ARKit support for iOS has been included with the new version.

The plugin is based on the work by Peter Jackson’s Wingnut, which was revealed during Apple’s WWDC press conference earlier this year as it showed of ARKit.

Epic said the plugin allows developers to experiment with the new feature set before official support arrives from Apple on iOS later this year.

Other additions to Unreal Engine 4.17 for mobile developers include Runtime PhysX Cooking Plugin with mobile support, mobile executable size reduction on iOS and Android, and Mobile Separate Translucency, which renders objects marked as translucent separately after Bloom and Depth of Field.

Support has also been added for ultra-wide aspect ratios for new devices such as the Samsung Galaxy S8, as well as other various enhancements and fixed to the engine.

You can read more about Unreal Engine 4.17 on the official website.