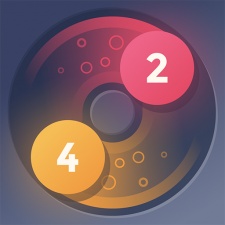 QuickByte Games has racked up one million downloads in just one week from its new puzzle game Laps – Fuse.

The title took three people just five weeks to make. Following its successful debut week, Laps – Fuse was said to have already become profitable. Since then, it has generated a further 500,000 downloads.

The studio has already released four games this year, including Chezz, Blasty Bubs - Brick Breaker and Canyon Crash - Fall Down. Combined the games have racked up a total of 2.5 million downloads.

"QuickByte Games set a goal to prove that we can produce highly engaging titles in a rapid development environment without sacrificing game quality,” VP of QuickByte Games and VP of Publishing and Marketing for Hibernum Games Jesse Divnich told PocketGamer.biz.

“In just seven months and four releases, we have shown success is achievable under this model. We are fortunate to have the most talented artist, programmer, and game designer, in addition to the fantastic work done by Hibernum's marketing team. We also thank our platform partners at the App Store and Google Play for supporting and recognizing our efforts."

QuickByte Games’ Jesse Divnich recently spoke at Pocket Gamer Connects San Francisco 2017 about the studio’s aim to quickly create games that look and feel like they had a much longer development cycle then its self-imposed limit of eight weeks.

You’ll find more talks like the above at Pocket Gamer Connects Helsinki 2017 on September 19th and 20th. You can find more details about the conference here.

Hibernum Creations lays off majority of staff amid "transitional period"