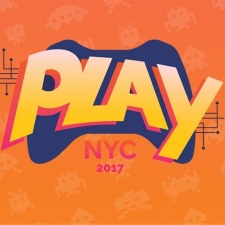 Organised by Playcrafting, the family-friendly event aims to connect players with the creators of some of their favourite games.

Featuring games studios large and small, the weekend event will include two packed days and nights of games, panels and networking events.

Over 100 game developers and organizations are set to participate in the event, including the likes of: Avalanche Studios,Google, Microsoft, the New York Video Game Critics Circle, Twitch, The Mill, XGen Studios, Fabraz and many more.

Playcrafting has run numerous events nationwide in the US, with its quarterly expos attended by over 1,000 gamers and developers. Play NYC is the next step in the company’s mission to provide developers with the tools they need to get a leg up in the industry.

“Basically, what we are doing is putting together New York’s version of PAX meets GDC,” said event organizer Dan Butchko. “We’re going to finally give New York the dedicated games convention it deserves.”

He added: “We’ve been doing Playcrafting expos for about four years now. What started as originally 10 developers sitting in a room and showing their games to each other has exploded. It’s a huge indicator that this is the kind of event the New York community needs.”

For more information and to grab your ticket, visit the Play NYC website.

Playcrafting teams up with Schick Xtreme for charity mobile game