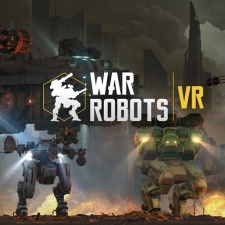 Moscow-based games developer Pixonic didn't take long to find success when it decided to focus on the mobile market in 2013.

War Robots, previously known as Walking War Robots, has proven popular across the world and has generated millions of downloads and big returns for the studio.

The studio’s ability to create such a successful game and grow it resulted in the developer being acquired by Russian internet company and games publisher Mail.RU on October 2016 in a deal worth up to $30 million.

Not content with just War Robots on mobile – though it of course remains focused on supporting the title for the long-term – Pixonic has now set its sights on expanding the IP to other platforms.

To that end, Pixonic has developed and released a new experimental virtual reality game for HTC Vive and Oculus Rift called War Robots VR: The Skirmish.

The title is a small, single-player VR chapter set within the War Robots universe. Players take to the cockpit of one of the game’s titular battle robots and, along with their trusted sidekick, engage in all-out warfare with other robots in the middle of a war-torn city.

The game takes place from a third-person perspective in its dark post-apocalyptic setting, and features the same mech-on-mech action the IP is known for.

Much like its mobile counterpart, the game will be a free to play experience – but one without in-app purchases.

The experimental approach to expanding the IP shows how confident Pixonic is in the game’s potential and that the ambitious studio is not content to sit on its laurels of past and current success.

It’s also another example of how mobile games can be used as a platform to launch an entire franchise, as seen with other big mobile IP that are now securing TV, movie and merchandising deals.