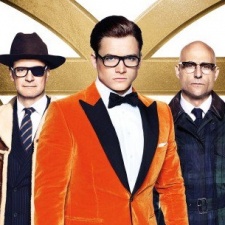 FoxNext Games, NHN Pixelcube and Marv Films have partnered up to develop a new mobile game based on the KingsmanIP.

Kingsman was originally a comic book series written by Mark Millar and Davie Gibbons called The Secret Service, later turned into two films including the upcoming movie The Golden Circle.

Now FoxNext and NHN Pixelcube are working on a licensed real-time action puzzle RPG for mobile devices that will include a single-player campaign and PVP modes.

The Kingsman mobile game is due to be released later this year alongside the theatrical release of Kingsman: The Golden Circle, set to hit cinemas on September 22nd 2017.

“Our passionate development team is hard at work to deliver an exciting game that matches the exceptional quality of the Kingsman brand’s stylish action,” said NHN Pixelcube CEO Seunghye Lee.

“We know the Kingsman mobile game will be a triple-A quality game for a global audience. The first Kingsman film was widely popular in South Korea, amassing a colossal audience and we look forward to delivering a rewarding experience for fans here and around the world.”

NHN Pixelcube was spun off from NHN Entertainment in February 2014 to specialise on mobile games. It has released titles such as Line Pop, Line Pop 2 and Friends Pop for Kakao.

FoxNext Games was formed in January 2017, and in June acquired the former Kabam team at Aftershock.