Supercell seeks new Builder for Clash of Clans - Apply within 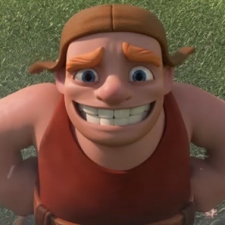 Supercell has a special new job vacancy open for a Clash of Clans Builder.

The previous incumbent left two weeks ago to search for a place where his creations will be safe from the armies that would seek to knock them down - and all in the name of fun.

As seen in captured footage below, the Builder had clearly begun to grow tired of the lack of appreciation for his hard work.

Such little care for his creations today led the Builder to London, where he revealed two working Air Sweepers and a statue of a Barbarian. He’s certainly keeping himself busy away from the high-pressure clan wars.

I know he smushed your booth, but London look at this face! You can't be mad at that face! . . . . #clashiversary #clashofclans #Explore #Maker #London #Sculpture #Barbarian #southbank #TravelLondon

Having left to seek new experiences and explore the world (he’s already been to New York, Seoul and Shanghai – his previous employment must have paid well), Supercell is now searching for a replacement.

Those who apply will be required to build whenever the player sees fit. Even if it’s at 4am and you’ve been trying to get some much-needed sleep after a five-year shift.

To be eligible for the job, applicants must speak fluent Barbarian and be comfortable working hands-on with molten lava.

Job seekers are advised to send qualifications to bethebuilder@supercell.com or write out their qualifications and send them to Supercell via Baby Dragon.