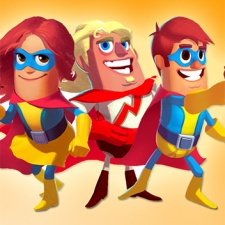 At Devcom 2017, Markus Pasula, CEO and co-founder of Grand Cru, gave a talk on how the company rebooted itself after the launch of its first game Supernauts.

Supernauts was launched back in 2014, and received a lot of hype from the games industry, allowing Grand Cru to secure a lot of funding. But unfortunately, the game did not go on to be a financial success.

"Many people downloaded the game, but not many played it for long enough," explains Pasula, noting that while day one and day two retention was strong, players dropped off very quickly.

With retention so low, Grand Cru spent more money acquiring users as cheaply as possible. But this method wasn't turning a profit, and after six months of trying to fix retention, the game was dropped.

Other issues with the game's development included a tablet-first development focus at the expense of mobile players, targeting the wrong audience, increased costs due to the game's complexity, and not having enough long-term activities to keep players engaged.

Supernauts was given the chance to live on by brands wanting to launch games using the engine, but these offers were all turned down. According to Palusa, the team was exhausted following the long development and eventual failure of the game, and that continuing work on it with a brand would have "killed the company culture."

To fix the problems faced during the development of its first game, the studio underwent big changes. This included separating into small development teams, investing in a wider range of concepts, and killing projects as early as possible if they don't think it will work.

"People know that they won't get punished if they kill the project, or it fails," added Pasula.

The company's design ethic also underwent a huge change, with a focus on the endgame over anything else, as well as making games "truly social" to keep players attached to the game for years.

These games were offered without optimised FTUEs or enough content to last more than seven days, and games needed to pass a threshold of 60% retention on day 4 to be considered a potential hit.

Of the games released, only two survived the alpha – Battlejack and Star Thunder. The company has now partnered with Nexon to release the former game globally.