When working with influencers “it’s all about the engagement” 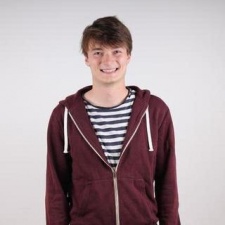 Working with influencers is more about engagement than it is about reach, says Nevaly Head of Client Relations Camille Martinache.

Martinache was speaking during a panel on influencer marketing and how the business works.

He said companies should select their channel carefully, depending on the demographics they want to target.

“It all goes back to it being native,” he said, adding that the advantage of influencer marketing is you have a personality behind it who can create something that will be remembered.

He said that ultimately influencer marketing isn’t necessarily about the sheer amount of people that can be reached, but rather the engagement.

OP Talent Director Liam Chivers echoed these sentiments and said that influencer marketing was 100% about engagement.

He said YouTube stars and other social media influencers are idolised by millions of fans, and many different types of products or brands could be marketed by certain influencers.

He added that it’s not necessarily just marketing for returns right now either. He referenced one influencer who worked with Porsche, to an audience of mostly 18-year-olds. The point here was it’s not just that they’ll buy the car now, but it’s brand awareness for the future too.

BREHM & v. MOERS Attorney Kai Bodensiek warned that there needs to be a level of expectation management when working with influencers.

He said it’s important that both the advertiser and the influencer have a clear idea of what they’re getting into – though the details can depend on who’s talking and how large the deal is.

A mid-tier influencer may be easier to work with for large international companies than a large influencer, for example. This could be because the top tier influencer has a very clear idea what they want to do and what they don’t want to do – so expectation management is important.