The Talos Principle is coming to iOS

Puzzle title to launch on the platform later this year; price point TBC 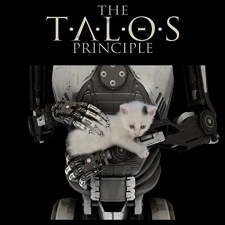 The title doesn’t have a release date or price point just yet, but the studio’s PR and community manager Daniel Lucic said the project will be coming at some point this year. He added that the game will be compatible for all iPhones going back to the 5s.

“But a lot of people nowadays are playing mobile games, so why not go for it? It seemed like a good fit and it worked well.”

Lucic also praised Apple’s Metal API for allowing the mobile version to be comparable with the PC release in terms of graphical fidelity and performance.

“Metal works great,” said Lucic. “It really allows [the programmers] to use the full power of the phone or iPad to run the game better. It really does work smoothly on each and every device we have tested it on. It goes down to iPhone 5s. We didn't want to go lower because then you need to make compromises. We didn't want to do that.

“The game actually knows what device you are using and sets performance accordingly. It's definitely going to play the same on every device, but it's going to look best on an iPhone 7.”

The Talos Principle launched in 2014 for PC, before landing on PS4 the following year. An Android version launched for devices such as Nvidia’s Shield tablet and Shield TV microconsole.

Alex Calvin is Editor of our sister-site PGGamesInsider.biz.