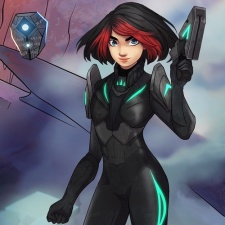 The event gives indies three minutes to pitch their games to a panel of press, publishers and industry pundits. The judges then pick three winners and everybody gets valuable feedback. This latest one took place in Cologne during the hugely popular Gamescom.

2Awesome Studio won over the judges with its frantic co-op space shooter Dimension Drive. Players must steer their ship across the multiverse and defeat a cruel alien race called the Ashajuls, by blowing enemies away and engaging in bullet hell, of course.

In second place was Beat Street by Lucky Kat Studios, a charming single-touch, side-scrolling beat-em-up for mobile devices that echoes the classic retro fighting games of the past while adding its own distinct flavour.

Psyon Games’ exciting strategy game Antidote took third place at the Big Indie Pitch at Gamescom. Using various tower defences, players must fend off enemy bacteria and viruses before they reach their base.

Then we’ll be heading out for the Big Indie Pitch @ Jordan Games Summit 2017 on November 11th, and after that we’ll be bringing the event to G-Star.