Launch date to be announced later this year 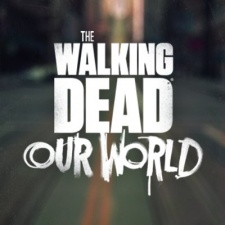 Next Games has partnered with AMC to develop a location-based augmented reality game called The Walking Dead: Our World.

The title will blend the virtual world with the real world as players fight walkers in their own home and out on the streets.

As well as zombies, players can also pick up virtual weapons dotted around their location to fend off the horde, while the show’s famous characters such as Rick Grimes and Michonne will also help you take down the walkers.

The Walking Dead: Our World will be launched on Android and iOS, with a release date to be announced later this year.

“We are thrilled to continue our fruitful collaboration with AMC to create a new, unique location-based AR mobile game for The Walking Dead fans and gamers alike,” said Next Games CEO Teemu Huuhtanen.

“The fans love how the show encourages you to ask, ‘What would I do in a zombie apocalypse?’, and in this game we aim to let players explore this hypothetical in a way they’ve never experienced before.

“AR enables players to live through the fight for survival in a whole new way in their familiar surroundings. We bring the apocalypse into ‘Our World’, through the lens of your device camera.”

The potential for location-based AR games was proven by Pokemon GO’s blockbuster launch last year, shattering records for downloads and how quickly it surpassed $1 billion in revenue.

Though it was hugely successful, some have questioned whether another IP can replicate that success.

Though perhaps not a cultural phenomenon like pokemon, the IP may be strong enough to successfully pull off a location-based experience that can attract a significant audience.