Keywords Studios appoints two new Non-Executive Directors to its board 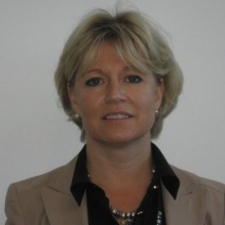 Keywords Studios has appointed Charlotta Ginman and Georges Fornay as new Non-Executive Directors to its board.

Fornay is Associate Director and Co-Owner of Glory4Gamers, an eSports firm. He is the former European Senior Vice President of Sony Computer Entertainment, and has also held the role of CEO of Commodore France PC Manufacturing and Distribution.

Ginman was formerly the Director of Finance & Control at Nokia for over five years. She has also held numerous roles in the world of finance at firms such as Ernst & Young, Deutsche Bank, and JP Morgan.

"We are delighted to welcome Georges and Charlotta to the Group and we look forward to working with them both," said Ross Graham, Chairman of Keywords.

"Georges' strong industry and commercial expertise along with Charlotta's expert plc and Audit committee knowledge, will further strengthen the Board's existing capabilities as we continue to grow Keywords Studios both organically and by acquisition."

Keywords has been making non-stop acquisitions throughout 2017, most recently picking up four Paris-based companies for $8.9 million. The strategy is paying off, however, with the company generating $74.7 million in revenues in the first half of its FY17.